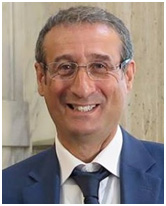 Giuseppe Anastasi was the Head of the Department of Information Engineering (DII) at the University of Pisa, Italy, from 2016 to 2020. He is currently a Professor of computer engineering at the same department, where he directs the CrossLab for Industry 4.0, funded by the Italian Ministry of Education and Research (MIUR) in the framework of the "Departments of Excellence" program. It consists of six interdisciplinary and integrated research laboratories (CrossLabs) covering all the key areas of Industry 4.0. From 2015 to 2018 he was also the (founding) director of the CINI "Smart Cities" National Lab, a nation-wide competence center on smart cities & communities, consisting of 29 nodes (local labs) located at different Italian universities.

His scientific interests include Internet of Things, Fog/Edge Computing, Cyber-physical Systems, Cybersecurity, and Smart Environments (Smart Grid, Smart Cities, Smart Industries). He is a co-editor of two books: Advanced Lectures in Networking (LNCS 2497, Springer, 2002), and Methodologies and Technologies for Networked Enterprises (LNCS 7200, Springer, 2012). He has published more than 150 research papers in the area of computer networks and distributed systems. His publications have received about 10000 citations, according to Google Scholar (H-index=42). He has contributed to many research projects, funded by national and international institutions, also with leading roles. 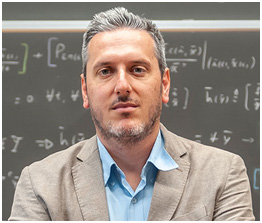 Graduated with honors in Aerospace Engineering (2002), PhD in Electric and Thermal Energy (2006), Post-Doctoral Researcher (2006-2009), Research Fellow (2010-2011), and Permanent University Researcher (2011-2014) at the University of Pisa. In 2008, he received the EUROTHERM Young Scientist Award. He has been President of the M.Sc. Course in Energy Engineering, and he is currently President of the B.Sc. Course in Energy Engineering. Member of the Council of CIRESS (Interdepartmental Center for Research on Energy for Sustainable Development).

Author of over 100 publications in international journals or in conference proceedings. Involved and scientific manager of several research projects for public institutions and consulting contracts for enterprises (Ministry of University and Research, Aosta Valley Region, Energy Agency of the Pisa Province, ENEA, Robur, Immergas). 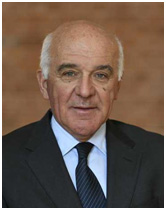 Co-founder of the Center for Microelectronic Applications and Technologies (Centro per le Tecnologie e Applicazioni Microelettroniche - Centro TEAM) of Pisa Ricerche, scientific coordinator or participant of many research projects in the framework of national and international programs. His most recent research interests are related to the development of energy storage systems, particularly the electronics for monitoring and management of Li-ion batteries for the electrical propulsion of vehicles and the implementation of battery state estimation algorithms in battery management systems (BMS) realized on affordable hardware platforms. He is head of the “Sustainable Energy and Mobility Embedded Systems” (SEMES) research laboratory of the Information Engineering Department of the University of Pisa, selected as Department of Excellence according to Italian Ministry for University and Research. 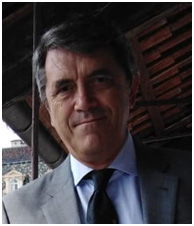 Initially, Professor Raugi's research activity concerned numerical methods for the analysis of electromagnetic fields in linear and non-linear media, providing integral and hybrid formulations that was financed by national and international research bodies and companies. Starting from these studies, applications in non-destructive testing were then developed, with the development of magnetostrictive sensors subject to patent and technological transfer to companies. Other topics of scientific relevance were developed with data processing of the “wavelet” transform in order to analyze electromagnetic compatibility problems in transmission lines. More recently, computational intelligence techniques have been developed in the field of electrical engineering, with particular applications to the so-called "SmartGrid" and to the integration of electrical and thermal energy systems.

The research activity of Professor Marco Raugi has produced more than 250 publications in international journals and conferences. The achievements of his studies have been acknowledged by several invitations to international conferences as session chairman or chairman of the editorial board, and as author of invited speech and tutorials.

He served as General Chair of some international congresses and received the 2002 Melcher Prize Paper Award from the IEEE-Industry Application Society. Professor Raugi was the principal investigator of national research projects (PRIN 2003 and PRIN 2007 programs) and the principal coordinator of projects financed by local foundations (Cassa Risparmio Pisa, Cassa Risparmio Livorno), ENI, GERG and several Italian SMEs. He has been Chairman of the International Doctorate of Applied Electromagnetics in Electrical and Biomedical Engineering, Electronics, Intelligent Sensors, Nano-technologies. He has been first Head of the Department of Energy and Systems Engineering and later Head of the Department of Energy, Systems Territory and Construction Engineering (DESTEC). He has been reference member for the University of Pisa in the European Energy Research Alliance (EERA).

Currently, he is serving as

In 2017 he received the “Order of Cherubino”, an academic honor assigned to full professors of the University of Pisa who have contributed significantly in increasing the University prestige through scientific achievements and/or management roles. 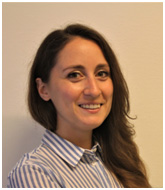 Sara Scipioni is concluding a PhD program in Organization science at the Universities of Pisa, Siena and Florence (Italy) (2018-2021), with a project focused on Organizational Learning, Circular Economy and business model innovation inside small and medium enterprises. She holds a Master of Science in Strategy, Management and Control from University of Pisa (Italy) and a Master in European Project Management from the European Business School.

She has worked as a consultant for Italian construction small and medium enterprises, for organizational, planning and management control activities. Sara has also worked as project manager for a European project among the Universities of Pisa, Sofia, Transylvania and international associations between 2017-2020. She is actually a member of the European Group of Organization Science association (EGOS), and reviewer for scientific conferences and Journals, such as Sustainability, Small Business, and Tourism Management. Her current research interests include organizational learning, knowledge management,sustainable management and circular business models among others.